Shri Saibaba of Shirdi was a Yogi, Guru, preacher and who called himself a fakir (one who gave up everything) is regarded as a saint by all his devotees. Shri Saibaba is considered as an incarnation of Dattatreya by Hindu Devotees, while the Muslims believe him as a Satguru, an enlightened Sufi. Shri Saibaba’s real name is unknown and all the devotees called him “Sai”.

All the teachings and life of Shri Saibaba has been well documented in Sai Satcharitra by Hemadpant. Baba never had love and/or affection for perishable things. He always taught the world the moral code of peace, love, helping others, contentment, forgiveness and charity and most importantly Devotion to Guru and God. He practiced both the religions Hindu and Islam. Though they both claimed him as a member of their religion, Shri Saibaba always insisted on peace between them and tried to have them follow his path.

Shri Saibaba never travelled for FAME. He drew devotees from all over the country. His true purpose was to awaken the devotees and realize the importance of Spiritual life. He cured the diseases, conferred health, happiness and blessed the childless couples with children. Many people thought that he was a saint with miracles.

Shri Saibaba was first seen at his 16th year under a Neem tree in Shirdi. His birth or origin was not known to anyone. Chand Patel, the headman of the village was in search of his horse and saw a Fakir , who gave him the information of his lost horse. He wondered how the fakir knew his name and his lost horse. Chandbhai invited Baba to his house. Next day Chnadbhai’s family was attending a marriage in Shirdi and Baba accompanied them to the marriage. After the marriage Baba stayed back in Shirdi and never left the place.

Initially Baba stayed under a Neem tree and begged for food. He always seemed to be full of knowledge. He had no desire for worldly pleasures. The people of the village were wonderstruck to see such a young lad practicing hard penance, not minding heat and cold. During the day he never associated with anynone and at night he was afraid of nobody. People wondered from where this young chap turned up. His form and features were so handsome that a mere look endeared him to all. He went to nobody’s door, always sat near the Neem tree. Outwardly he looked very young; but by his action he was really a great soul. He was the embodiment of dispassion and an enigma to all. 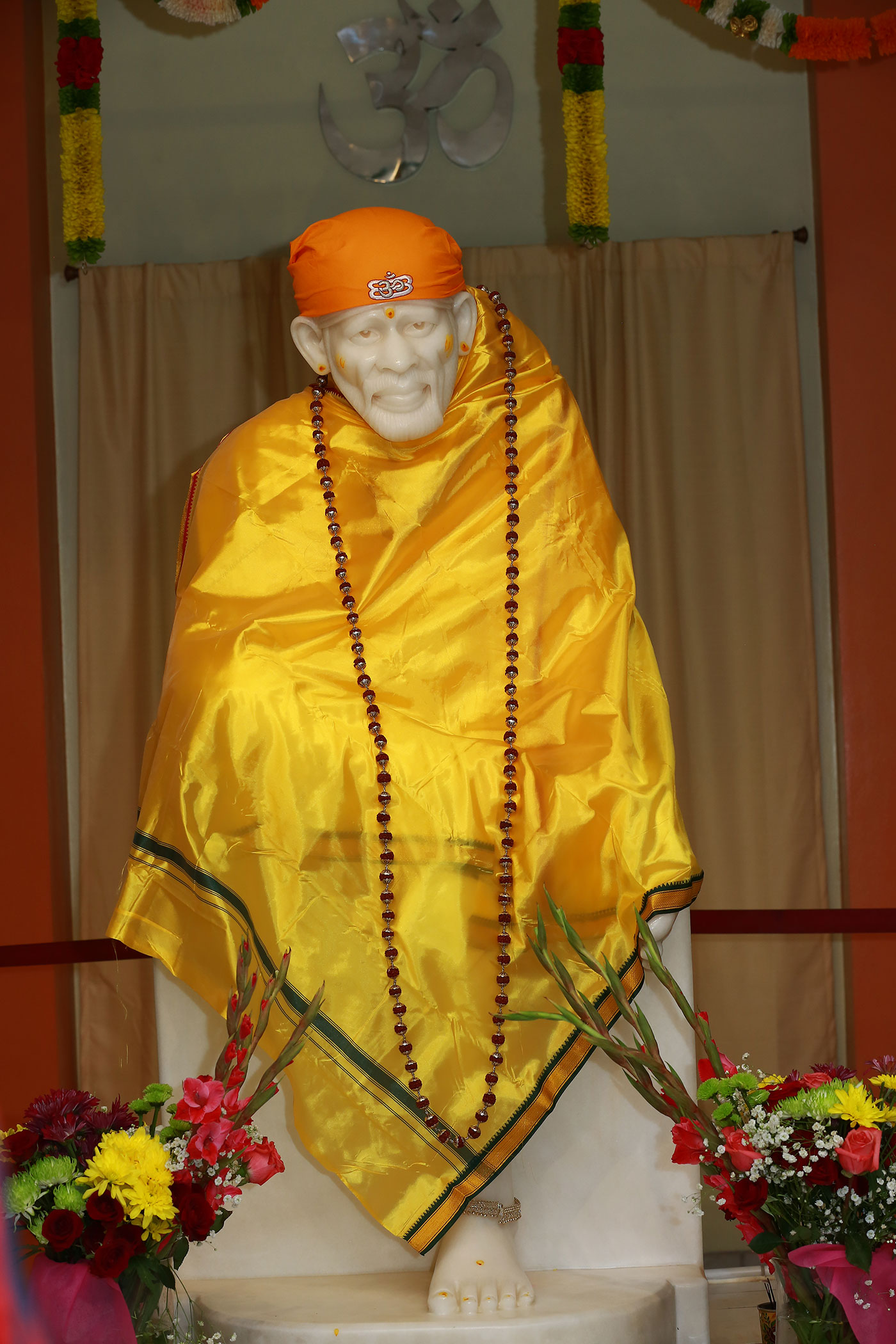